He is a very talented power forward and a great 3 point shooter. He is a left handed PF who becomes a real threat near the basket.

He has a strong character, very intense in both ends of the floor.

Former Insep player, he has been part of the France National Team in youth programs, being Champion of Europe U16. Made his debut in Pro A in France playing several seasons with Strasbourg linked to the Espoirs team. He also played Champions League with Strasbourg. He last played 2 seasons in FC Barcelona in LEB Silver. 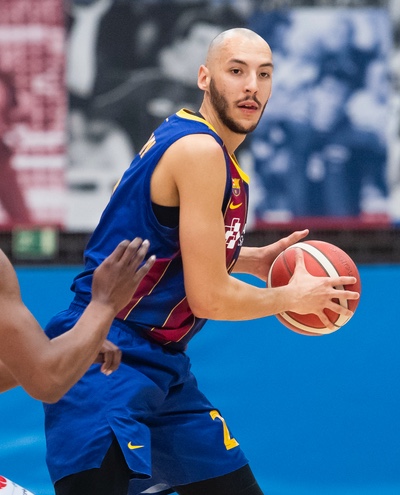