He is a true killer, great scorer and specialist in 3 pointers. He is very energic both in offense and defense. He has a great game lecture, always finding the teammate in the besr position or creating his own shots.

Great scorer and specialist in 3 pointers.

Former Groningen player, made his debut as a pro with Donar and he last played for the Almere Sailors in DBL. He played for the Netherlands NT 3×3. Played in Spain for CB Tarragona. 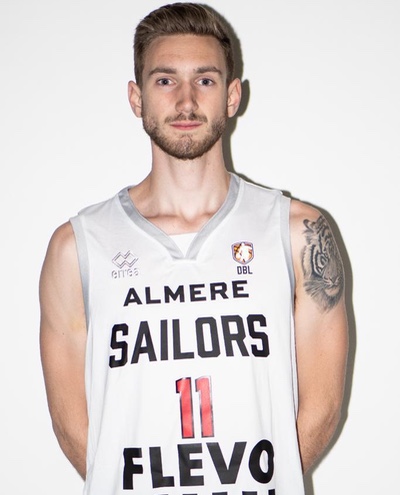