Power forward with a great physicality who plays like a true warrior.

He is a power forward with a great physical power, good wingspan and gladiator mentality that allows him to make his space on the paint. His mid range shot is a constant menace for his defenders and his toughness helps him to go hard to get offensive rebounds.

His mid range shot is a constant menace for his defenders

He doesn’t get intimidated by anyone no matter the League he plays in.

Former Easo player, he has been usual in the Euskadi Regional Selections. He played in EBA while he was U17 and as a U19 became part of the Delteco GBC squad playing in ACB. He played in Iraurgi SB being Champion of LEB Silver’s Cup and then played for FC Barcelona promoting to Gold. He currently plays for Gipuzkoa Basket in LEB Gold. 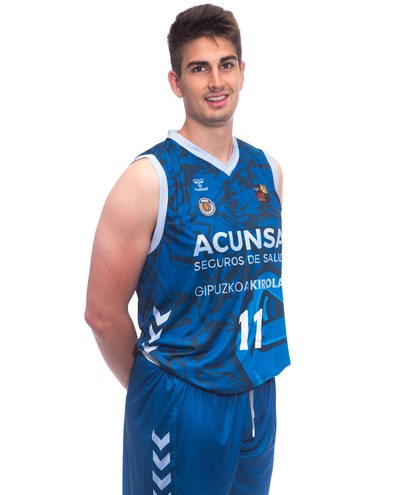